Here at DM and elsewhere, we are harping a lot about the economic effect of demographic changes. However, demographic changes not only entail economic changes, but also social changes (as I have doubt Randy has reminded you all as of late) and quite often these two go hand in hand. A recent piece by Nicholas Kulish in the NYT provides a timely reminder to that point as it describes the effects of Germany's broken demographics in the context of its Eastern premises.

Now, the issue of Eastern and Western Germany is of course not a new one and essentially traces right back to the reunification and the fact, as many scholars have pointed out, that Germany basically provided the world with a great social experiment. One of the effects from this experiment, as Dr. Klingholz points out, was that women in East Germany essentially stopped having children all together. In a paper from 1994 detailing the immediate evolution of East German fertility in the context of the reunification process, Nicholas Eberstadt shows how births in East Germany indeed did fall dramatically. From 1988 to 1992 the total number of live births fell from 215700 to 88300 which translates into a drop in the crude birth rate from 12.1 to 5.6. 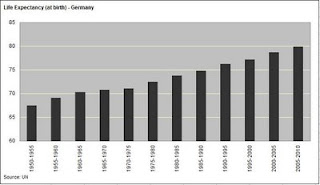 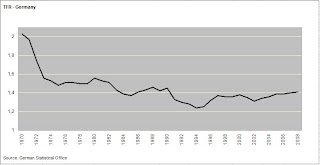 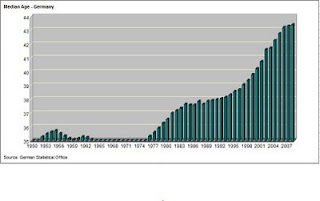