Just this week, I've had the occasion to reread prolific Canadian young adult science fiction writer Monica Hughes' 1991 novel Invitation to the Game. I read the book back when it came out in hardcover, as a Grade 6 student on Prince Edward Island, and was impressed. I'm happy to say that the book still holds up as well, that the novel still deserves my warm memories and the awards and good reviews of others. Understandable as a prototype of the dystopias that seem to predominate nowadays in young-adult literature, Invitation to the Game is a novel that I was surprised to find provided an interesting commentary on some of the demographic issues facing us right now. 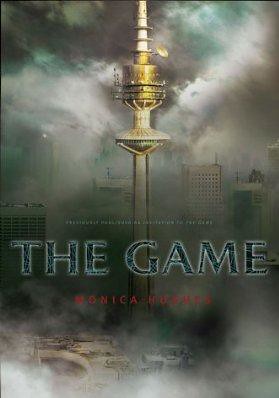 The novel starts in the year 2154, as the 16-year-old protagonist Lisse and her friends graduate from their elite private school to their jobless adult lives. There had been a population crash in the early 21st century, precipitated by pollution, and of necessity robots were made to take over much of the day-to-day routines of human society. Even after the population recovered, however, the robots remained entrenched, with the net effect of dooming most of each coming generation to unemployment. Two of Lisse's friends are lucky enough to end up employed, for a time. The remainder are exiled with Lisse to live out their lives in a "Designated Area", an urban district to which they are confined by internal passports, depending on stipends from a resentful employed minority and grey-market jobs to live. Without any hope of escaping their condition, the young graduate drift into despair until they are invited to "The Game," a mysterious but detailed virtual reality scenario that allows them to escape to another world. Eventually, they do.

This post is not a ridiculous post about space colonization being a solution to issues of unemployment and underemployment, to marginalization and anomie. Any kind of program of space colonization is no kind of answer at all to these issues. Author Charlie Stross' 2007 essay "The High Frontier, Redux" makes the point that, even if there are economically exploitable resources in space, the optimistic dreams of human settlement are unlikely to be realized because human beings are just too fragile to persist. Many things would have to change radically for this to happen, and we don't even know if these radical changes are possible.

This is, however, a post that's concerned about the ethics of this. In this world, as in Hughes' fictional future world, people are a resource. In many parts of the world, people are an increasingly scarce resource, especially people belonging to particular demographics or possessing certain skills. Despite the value of people as a resource, and despite these local scarcities, in many cases people are being prevented from being useful. This might be because of barriers to migration. This might be because of mistaken government policies that prevent others from realizing their talents. Whatever the precise cause, it's fundamentally ill-thought and--I'd suggest--in many ways quite wrong. As Hughes' characters note, this kind of waste might even be very problematic for the survival of any numbers of regimes.


"[I]t seems the Government's not interested in any new ideas."

"That's the problem with this society," Trent interrupted. It is uninterested. Dead in the water. We should scrap it and start over."

"How?" Karen asked, her big voice booming. "Societies tend to go on until they run down by themselves or rot from inside."

Posted by Randy McDonald at 5:01 AM 3 comments: