The return of the long-form census has become a trending hashtag on Twitter, #Census2016. It was more than that: As both the CBC and the Huffington Post noted, when the census collection period began on the 2nd of May, it became a major pop-culture trend in Canada. So many people responded that the official census website was briefly knocked down.

Me, I decided to be fashionably late. 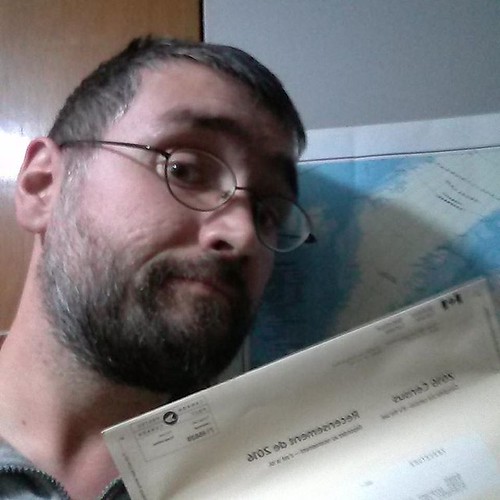 One in four Canadian households, selected at random, received 36-page long-form questionnaire known as the National Household Survey. I, unfortunately, did not, instead clicking through ten short questions. Still, it got done. I could have received it, after all. 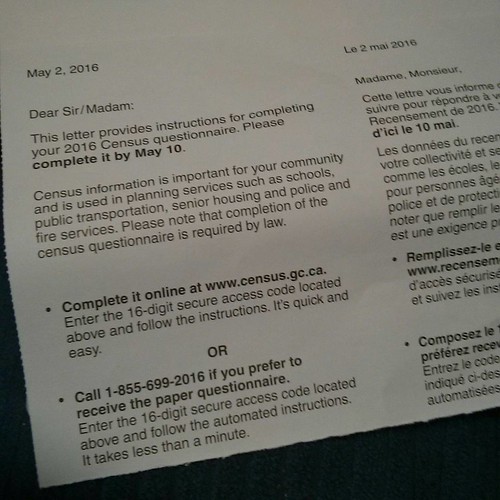 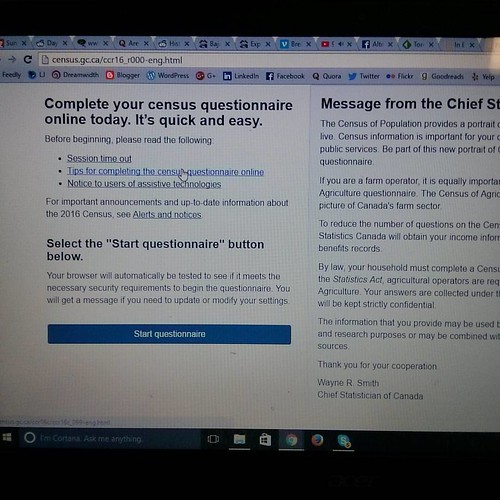 The whole episode has been reassuring for fans of good data. Shannon Proudfoot's MacLean's article "The census is back with a swagger" took an extended look at how the census matters, and how it became so important.

This week, the furious preparations of the agency over the last several months come to fruition: May 10 is census day, when Canadians raise their hands to be counted. The voluntary National Household Survey that replaced the long-form census in 2011 ended up being neither the pointless disaster its staunchest critics had envisioned, nor the perfectly useful replacement its proponents predicted. It had serious limitations that caused 1,100 small communities to vanish off the statistical map; it produced a few weird findings that simply didn’t look right; and it made looking for change over time all but impossible. It did, however, offer a serviceable snapshot of the country. Now that StatsCan is returning to a mandatory long-form census—and in a hurry—the question is what will become of the evolving national portrait that underpins everything from people’s bus routes and commuter highways to their children’s schools and where they can grab groceries on their way home from work.

What was once the driest and most esoteric of citizen duties—the statistical backbone of the country that, frankly, most people were oblivious to—became an unlikely flashpoint in 2010. That July, then-prime minister Stephen Harper axed the mandatory long-form census, arguing it was inappropriate to compel citizens to answer questions about their education, work, ethnicity and housing, among other topics. Critics of the move—they were nearly unanimous among those who use census data, including researchers, municipal planners and community organizations—insisted that a mandatory census was the only way to get an accurate picture of who Canadians are and what they need.

Ultimately, 68 per cent of households responded to the 2011 National Household Survey (NHS)—far short of the 94 per cent that completed the long-form census in 2006, but better than the 50 per cent response rate StatsCan projected in some of its testing. The agency’s analysts did everything they could to verify and shore up the information they had. In the end, they released the data they believed was solid, but anything below a certain quality threshold—a highly technical measure that amounts to overall non-response combined with “item non-response,” or individual questions people skipped—was simply not released. “We were very transparent in saying that at the small community level, we cannot do the same level of validation,” says Hamel. That meant that 1,100 small towns and specks on the map, representing three per cent of the Canadian population, became statistical ghost towns, except for the basic information collected on the short-form census. If you wanted to know what the 1,400 residents of Shellbrook, Sask., do for work, how much education they have or their ethnic backgrounds, you’d hit a dead end.

But even with all the quality control StatsCan conducted, there were a few odd glitches that spoke to the problems with using a voluntary survey to obtain a full portrait of your country. The NHS, for example, found that between 2006 and 2011, the largest proportion of Canada’s new immigrants came from the Philippines, followed by China. But a tiny numbered footnote attached to that observation warns that it doesn’t square with immigration records, which showed that in fact the largest slice of newcomers came from China. Presumably, a significant number of new Chinese arrivals either didn’t fill out the NHS or didn’t identify their recent country of origin.

However, the biggest problem with the 2011 survey is simply that it’s different. StatsCan told users flatly that the NHS results were useful for comparing different regions of the country at a single moment in time, but they shouldn’t be measured against 2006 or earlier census results, because the methodology had changed so fundamentally. And comparing data over time is “the most important single thing” for researchers, says Michael Veall, a professor of economics at McMaster University. Veall is quick to note that the NHS turned out better than he expected it would when he testified at a parliamentary committee hearing on the issue in 2010, but it still has serious limitations. “Statistical information is interesting when there’s a surprise, right?” he says. “So you find more people are doing this or more people are doing that. The trouble when we went from 2006 to 2011 [is] every time we see a surprise, we have to say, ‘Oh, is that because something really happened, or is that because there’s a problem with the data?’ ”

I'm glad it's back. I'm very glad that I'm not the only one. Hopefully next time I'll have a chance to fill in the long-form census.

Posted by Randy McDonald at 3:57 AM