CDC says US births have been declining for three years

Here is their chart: 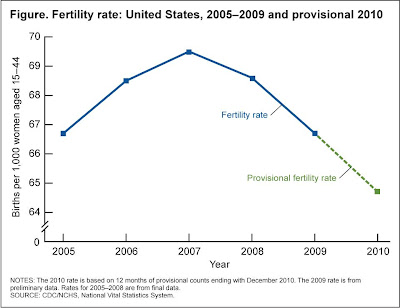 An interesting conclusion reached in a related CDC analysis is that "birth rates declined for mothers under age 40 but rose for mothers aged 40 and over" and that "fertility rates for Hispanic women fell more than for any other population group". This result supports the concept of immigrant fertility convergence.
Posted by Scott at 1:31 AM